Lawyers of yet another SADC country have turned to the courts for help with security force brutality against ordinary people in the community, carried out under cover of Covid-19 regulations. This time it is Lesotho Lawyers for Human Rights that is asking the high court’s constitutional panel to stop the security forces from torturing, killing and abusing people. The organisation also wants the court to order that all members of the security forces who have assaulted or tortured members of the public should be arrested and charged. The lawyers claim that ‘terror and consternation’ is sweeping through the nation, and that the judges should act urgently to stop the unlawful brutality and to protect people against further ‘inhuman and degrading treatment’. 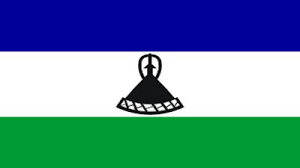 The shocking story told in the court papers begins with the declaration of emergency in Lesotho on 27 March to curb the spread of Covid-19. The Lesotho Defence Force and the Lesotho Mounted Police Service were both ordered to enforce the measures contained in the emergency provisions.

First applicant in the case, Lesotho Lawyers for Human Rights (LLHR), said that whatever powers the measures might provide, they did not authorise any member of these law enforcement agencies to assault or torture people who might be in breach of the regulations. On the contrary, all members of the security forces had to ‘exercise their power and perform their functions’ strictly according to due process of the law.

However, no sooner had the emergency begun than the public started complaining about the ‘brutality and savagery’ of the security forces.  The court papers list a number of cases in which people allege they were beaten and hurt by members of the police and the army. One man, out to buy milk for his children, was ordered by armed soldiers to lie on the ground. Then they beat him while his head was pressed down with a booted foot. The man’s arm was broken and he sustained other serious injuries.

Though he reported the matter to the police, he was told that his complaint would only be attended to ‘after the lockdown’. No one had contacted him since, and nor have any steps been taken against those who assaulted him.

Another man said he was polishing his shoes prior to going to work when he was attacked by two uniformed soldiers. They left him with both arms broken and a broken right leg. He is now immobilised. Again, in this case, nothing had been done to investigate what happened, even though he made a statement to the police.

A third person was shot at point blank range despite his hands being in the air. He suffered ‘severe bodily injuries’, according to the allegations in the papers, including the loss of his right thumb. As with all the others, no action has been taken against those responsible.

The organisation’s lawyers said they were not able to obtain the usual affidavits from most of those it interviewed by way of background for the application. They were ‘not readily available’ because of the ‘restrictions and hardship imposed by the lockdown.’ However, counsel had spoken to them all on the phone, and they had indicated their backing for the court application.

Another matter, in which affidavits were obtained, concerned an alleged police attack on the second applicant in the case brought by LLHR, Khabang Lesuhlo. He alleged that the police assaulted him repeatedly, kicked him and hit him with sticks, before locking him in a police cell without explaining the reason for his arrest.

When he reported to the police station the following day, as he had been instructed, Lesuhlo was warned not to speak about what the police had done to him. He was specifically told not to mention it to the media, but that afternoon he was interviewed about his ordeal on a local radio station. Now he says that he fears for his safety when next he reports to the police. That is why he approached LLHR for help.

The papers also tell the story of a woman whose husband, a peasant farmer in a rural area, died in police custody. She was informed of his death this week. He was arrested last month, after he stopped a police vehicle and asked for a ride. According to the widow, he was taken to the Morija police station and tortured using suffocation among other methods. The man subsequently collapsed and died. Though the police said he was rushed to hospital, the hospital had no record of his ever being brought there and, according to LLHR, it was clear that he must have died at the police station.

LLHR then quotes a famous decision by the court, delivered almost exactly a year ago, in which the judges complained that the police service ‘was fast turning into an institution of official torture’.

In that case, by way of reaction to ‘the disturbing outcry about increasing deaths in police custody’, the court laid down guidelines for the future behaviour of the security forces, as well as prosecutors and the magistrates courts, in how to deal with suspects held in custody. But LLHR said these had not helped as police continued to violate the guidelines by using ‘barbaric torture and inhuman treatment’.

‘Terror and consternation’ was sweeping through Lesotho, said LLHR. The rule of law was undermined with impunity by the army and police, and the Lesotho Mounted Police Service ‘has become an institution of torture’.

LLHR was due in court today, before a panel of three judges slated to hear the matter as a constitutional issue involving the fundamental rights of those involved, to secure an interim order against the security forces.

The respondents – government, Prime Minister, police, army and attorney general – have all given notice that they will oppose the application.