A group of four students studying law in Malawi have lost their high court case challenging the validity of the President’s Covid-19-related directives. They also lost their challenge to the closure of their university in terms of those directives. But it was not all bad news for them – at least the students won commendation from the presiding judge for ‘taking their future seriously’. 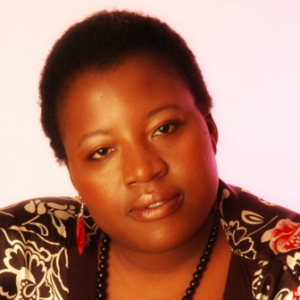 The four students are studying law at the University of Malawi’s Chancellor College. They had asked the court to find that directives issued by President Peter Mutharika on 20 March, were invalid. Similarly, they argued that the closure of their university, in compliance with the presidential directive, was unlawful.

They complained that a section of the Disaster Preparedness and Relief Act (DPRA) was unconstitutional because it gave the President and others the power to limit rights and freedoms in contravention of section 45 of the constitution. Similarly, they challenged sections of the Public Health Act, and asked for a declaration that only the national assembly had the power to limit constitutional rights and freedoms in response to a disaster.

Judge Zione Ntaba’s decision is not always easy to follow, but she says that in this case she differs somewhat from the interpretation by her colleague, Judge Kenyatta Nyirenda – he delivered a landmark decision, also on a matter related to the Covid-19 pandemic, just a few days before she finalised her matter in the case of the law students.

She said she could not agree with the students that the President declared a ‘state of emergency’ on 20 March. Rather, it was a state of disaster and was not declared under the constitution but rather under the Disaster Preparedness and Relief Act.

Though she does not agree with her colleague on all his findings, she does strongly support at least one of the conclusions of Judge Nyirenda. In his decision he surveyed the laws affected by the restrictions the government wanted to put in place to deal with the Covid-19 pandemic, and he concluded that most of the laws the government needed to use were hopelessly outdated and of little or no use at this time. He also urged that they be urgently brought up to date so that regulations and decisions based on the laws would be lawful.

In her agreement with this aspect of Judge Nyirenda’s decision, Judge Ntaba wrote, ‘This court is therefore realising there will be need for Malawi at some point to have a comprehensive discussion on the important matter of the law on state of disasters vis-à-vis states of emergency.’

She said that around the University of Malawi’s Chancellor College there were many other institutions and there was a risk of catastrophic spread of the virus is it were not to be contained. Closure of the college should be considered in the light of this reality.

The judge’s precise position in relation to whether the existing legislation would allow directives such as those issued by the President, is also not clear from the wording of her decision.

However, she quoted a decision from South Africa in which a judge refused to give permission for an attorney to return to his family home to support the family and attend the funeral of his grandfather who had died that morning in a fire. The attorney asked for the court to permit him to cross provincial boundaries – something forbidden under SA’s disaster regulations. The court said it could not do so, despite the ‘tragic circumstances’, and declared that the courts had to follow the law.

Her quoting of that decision might seem to imply that Judge Ntaba finds that the law is valid, and must therefore be obeyed.

If that is what the judgment means, what about the findings of Judge Nyirenda, who had said that there were problems with the DPRA, and that courts could not be expected to uphold actions undertaken on the basis of invalid laws or legislation that did not empower the actions taken by government?

Perhaps in answer to this question, Judge Ntaba wrote: ‘This court, like Justice Nyirenda … is of the same view that all other arms of government including the judiciary following the declaration of the state of disaster should with speed undertake the next necessary steps under the various Acts of Parliament.’

She went on to say that this would mean the executive should ‘make a detailed legislative agenda in terms of the various laws like the DRPA, the Public Health Act, Education Act to mention a few and develop necessary principal and subsidiary legislation which is consistent with the Constitution to safeguard people’s lives’.

She said the legislature should also ‘undertake the necessary steps to ensure that the proposed principal and subsidiary legislation is vetted and promulgated according to Malawian law so that they avoid further legal challenges especially in this time of Covid-19 when all measures should be geared at safeguarding lives.’

While she appeared to commend the students for their proactive legal challenge, she also chided them for not adequately considering the communities surrounding the college whose members might have ‘compromised immune systems’ and could therefore easily catch the illness.

‘The spirit of umunthu although not a legal one, has a major bearing on human rights especially where as Malawians and notably Africans as per the African Charter on Human and Peoples Rights, that we have underscored that human rights must be enjoyed with responsibilities.’

Even more confusing is the last paragraph of the decision, from which it is really not clear whether she is saying that the rule of law should be subject to concern about the right to life:

‘My final words are that the rule of law … should always be upheld and should not be compromised merely in the name of public safety or preventing death but in this case, this is our new reality and the law envisaged such a scenario. As a court, all we can hope is that as the laws are being implemented, we continue to maintain the legality because numerous reports from around the world are showing how easy it is to turn to illegality in the name of safeguarding lives. … Human rights especially the right to life remains a priority for now which at this time courts will continue to ensure is upheld by all involved public or private. It should be noted that in no way is this court ranking the rights but in these circumstances, the right to life should be treated as a trump over other rights.’