The appeal court has been considering a decision by Malawi’s constitutional court, handed down earlier this year. The lower court had reached the shock conclusion that Mutharika was not in fact ‘duly elected’ in the May 2019 polls, and that new elections had to be held within 150 days. Mutharika and the Malawi Electoral Commission appealed against the decision, and it was in response to this appeal that the seven Appeal Court judges have now delivered their judgment, from which there be no further challenge. Important though the Appeal Court’s eagerly-anticipated decision has been in relation to the validity of the last polls and the requirement of a re-run, it also decided a number of other, related, issues that will impact on government and elections in the future as well. 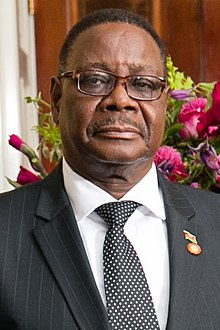 In a 142-page decision the seven judges, among them the Chief Justice, Andrew Nyirenda, are unanimous in upholding the finding of the constitutional court: the May 2019 elections failed in their aim of ‘duly electing’ a new President. In other words, President Peter Mutharika, who headed the country before the May polls and was sworn in again after the elections, was not in fact ‘duly elected’.

A re-run must thus go ahead, although the precise date on which it will be held is now a matter of some debate. That’s because the country’s election commission, commenting on the appeal court decision, has suggested that it might not be possible to have the new President sworn in by the court’s deadline if the original re-run schedule prevails. In other words, the elections might need to be brought forward slightly.

But the decision is significant for more than simply approving the constitutional court’s holding that the elections failed to make the grade. The seven top judges made a number of other significant findings as part of their decision. And, though there are others, I want to mention just three.

In the first place there is the vexed problem of the role played by the country’s electoral commission, headed by a judge, Jane Ansah. She and her commissioners have repeatedly defended the role played by the commission in the elections. Though there have been many calls for her to stand down, she has refused to do so. She said she would only resign if the constitutional court found against the polls. When this happened, she said she would only quit if the appeal brought by Mutharika and her commission, failed. 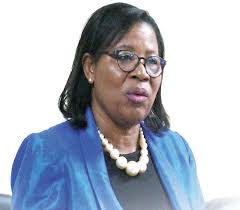 While she has, even at this stage, declared that the court did not find anything wrong with the work of the commission or its members, a reading of the decision suggests she might not have this quite right.

In fact, it would be hard to read the appeal court’s decision as anything other than a sharp rebuke to the commission about the way it handled matters, particularly as the votes were being collected and tallied, and then again when the validity of the polls was tested in court.

New documents had been brought in by the commission, that had not been supplied in terms of the Act. This was a ‘gross irregularity’. Similarly, ‘The use of duplicates, uncustomised, reserve and improvised tally sheets was a gross irregularity.’ So was using tally sheets that were not signed by presiding officers.

The commission had been involved in ‘making and implementing changes to the electoral system as the election progressed, which was irregular.’ It had issued a manual on procedures for managing the elections, which might have been a good idea, except that the commission ‘changed its contents’, to include processes ‘contrary to what is mandated’ by the law. Another problem was that the commission did not comply with the legal requirements about handling complaints. They had to be resolved by the commission before the outcome of the elections could be confirmed.

A number of other shortcomings in the way the commission conducted matters were listed by the court. It was not allowed to delegate powers, as it had done, for example, and that it did so, ‘smacks of irresponsibility’.

The ‘litany of irregularities’ in the election was seriously troubling, said the court. The conduct of the commission in the management of the elections ‘demonstrated serious incompetence and neglect of duty’ by commissioners ‘in multiple dimensions’. The judges were ‘astounded’ by the commissioners’ lack of seriousness and incompetence, and said this posed ‘a serious danger to the conduct of elections and the institution of democracy in this country.’

These and similar comments, revive the question whether Ansah and the other commissioners will now resign, and how the electoral commission that eventually manages the re-run will be composed. It also becomes crucial whether the commission will learn from the appeal court’s critique of the way the polls were handled, and fix things for the next round.

A second major issue for the court was to decide what ‘a majority’ meant in relation to the polls. Did it mean simply that the person who had more votes than anyone else was the winner? Or did it mean that a candidate had to have 50% + 1 of the total number of votes cast, in order to win?

In a significant revision of previous cases, the court declared that the latter was the constitutionally-correct position. That means a new threshold has been set for the forthcoming elections – neither of the two top contenders obtained what is now declared to be the required proportion of the votes, and for this reason alone Mutharika could not be said to have been ‘duly elected’, said the judges.

A third issue was the level of ‘non-compliance’ that a court should tolerate in relation to questions of electoral validity, bearing in mind that polls should not be set aside on ‘trivial grounds’. One approach, adopted in Zimbabwe for example, would be to say that non-compliance with laws and even the constitution, would not be grounds for nullification where the results of the polls would not have been affected. That could be dangerous, said the Malawi court. What if the numbers of votes cast were the result of inaccurate counting, intimidation, fraud or corruption? Surely, for an election to be ‘truly free, fair and credible’ it must be conducted ‘in full compliance’ with the constitution and electoral laws, they said.

Over time it had become clear that elections were not just ‘an event’; rather, they were ‘a process’, the appeal judges continued. Polls could only be free, fair and credible if they ‘fully complied’ with the constitution and applicable laws as well as ‘principles of transparency and accountability’. There were jurisdictions that took this approach and insisted on absolute compliance with the laws and rules so that the elections could properly be said to reflect the will of the people.

Then there were jurisdictions that took a middle way between these two approaches, as seen in cases quoted from Kenya and Uganda. The position of Malawi’s courts had been that if the results were not affected by irregularities, the elections should stand. But that position was now seen by the appeal court as ‘narrow and simplistic’, said the judges. ‘It may account for increased electoral malpractices over the years.’

Stating its revised position on the matter, the judges said that it would be hard for a court in Malawi to uphold an election where its conduct was ‘largely compromised’, especially since voting numbers in such a case could be the result of flouting electoral law. The court would not completely ignore the result, ‘but where that result is from a largely flawed process it cannot be upheld.’

This is a significant shift from the past and represents a new standard to which elections – and the electoral commission – will be held from now on.