First-class vs economy-class access to the law: what the US Supreme Court says

A new decision from the US Supreme Court has a strong message for other courts, lawyers and everyone who works with court documents and with legislation, annotated or otherwise. The judgment restates the principle that no-one may claim copyright on decisions of the courts because the law belongs to ‘the people’ who have a right to know its content. But the judgment goes further and holds that government-commissioned annotations, like headnotes made on legislation, are also not subject to copyright. It’s an important decision for courts everywhere now that increasing numbers of lawyers and legal activists demand access to court judgments in electronic format. It’s also important because of the likely influence of the US court’s newly-articulated thinking on the copyright status of annotated legislation. 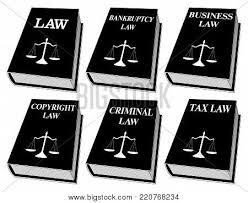 It is a principle that some jurisdictions still can’t quite accept: that decisions written by judges don’t belong to the judges who authored them, or to the Chief Justice, or to the government of the country where the judge lives. No, these decisions belong to ‘the people’, and ‘the people’ must have access to these judgments. Otherwise, how will people know what the courts have said, and thus what the law is that they must obey?

This week the US Supreme Court affirmed that principle, a principle that court has long held. But it went on to consider a more complex question that follows on from this principle.

The state of Georgia outsources the work of preparing annotations for its one, comprehensive collection of all the state’s statutes – the Official Code of Georgia Annotated (OCGA). The code includes the text of every statute currently in force in Georgia. But it also includes a set of non-binding annotations that appear beneath each statute.

These annotations might include summaries of judicial decisions about the meaning of the provisions, or summaries of opinions that the state attorney general might have given about a statute, or a list of law articles relevant to interpreting the provision.

The current code includes annotations produced by a division of the LexisNexis group. Georgia’s Code Revision Commission, an official body consisting mostly of members of the state legislature, supervises the annotations that Lexis drafts, and specifies in great detail exactly what should be included in the annotations. The agreement with Lexis further stipulates that code’s copyright vests in the state of Georgia.

But a non-profit organisation, Public.Resource.Org (PRO), has challenged that copyright arrangement. PRO bought a copy of the code and then made it available, free of charge. The commission sued for infringement of the copyright associated with the annotations, and PRO filed a counter-action, asking the courts to declare that the code – with all its annotations – fell in the public domain.

After contradictory outcomes in the lower courts, the matter ended with the Supreme Court which gave its decision this week. The majority found in favour of PRO and said that the annotations to the legislation were not protected by copyright.

Writing for the majority, the Chief Justice said that it had long been decided that officials ‘empowered to speak with the force of law’ cannot be ‘authors’ of what they wrote and created in the course of their official duties. Therefore, they could not hold the copyright to these works. He said this had also long been the thinking in relation to ‘works’ created by judges – in other words, judges have no copyright over their decisions. Now, in this case, the court reached the same conclusion about ‘non-binding, explanatory legal materials’ created by a legislative body vested with the authority to make law.

The majority held that since it is an arm of the legislature that authors the annotations, the doctrine that government officials cannot be ‘authors’ applies, and this puts their work ‘outside the reach of copyright protection’.

The commission supervises the work done by LexisNexis and specifies what the annotations should include ‘in exacting detail’. Under the agreement between the state and Lexis, the company has had exclusive rights to ‘publish, distribute and sell’ the annotated code and it also makes an unannotated version available for free.

Past court decisions had created precedent supporting the rule that ‘no-one can own the law’. And if judges, acting as judges, cannot be ‘authors’ because of their authority to make and interpret the law, ‘it follows that legislators, acting as legislators, cannot be (authors) either’, said the court. Just as the law about copyright applies to whatever work judges perform in their capacity as judges, so the law applies to the work of legislators ‘in their capacity as legislators’.

In a vivid image explaining his decision, the Chief Justice asks a reader to imagine a citizen of Georgia interested in learning his legal rights and duties. The court’s example is based on what is available in the free, unannotated, online version of the OCGA, against what is offered by the annotated, hard copy version of the code which currently retails for US$412.

‘If he reads the economy-class version of the Georgia Code available online, he will see laws requiring political candidates to pay hefty qualification fees … (and) criminalising broad categories of consensual sexual conduct … – with no hint that important aspects of these laws have been held unconstitutional by the Georgia Supreme Court.

‘Meanwhile, first-class readers with access to the annotations will be assured that these laws are, in crucial respects, unenforceable relics that the legislature has not bothered to … repeal.’

To answer whether any material carries ‘the force of law’ – and is thus not subject to copyright – ‘we ask only whether the author of the work is a judge or a legislator.’

‘If so, then whatever work that judge or legislator produces in the course of his judicial or legislative duties is not copyrightable.’

It will be a challenging decision in many jurisdictions, but the principle – that no-one can own the law, whether judge-made law or law made by the legislature – can really not be seriously disputed. For if you have to pay to find out what the law says, then ignorance of the law would surely be a very good defence.