When prominent Tanzanian legal counsel, Fatma Karume, argued a recent case in the high court of Tanzania, she could not have anticipated the full outcome. Sure, she lost the case, but this is something all lawyers must assume may happen at any time and in any case. But how could she have known she would also raise the anger of her court opponents and the presiding judge? Citing argument by opposing counsel that her argument had been rude and ‘inappropriate’, the judge decided to suspend Karume – immediate past president of the Tanganyika Law Society – from practice. He also ordered the registrar of the high court to refer a ‘professional misconduct matter’ to the advocate’s disciplinary committee. 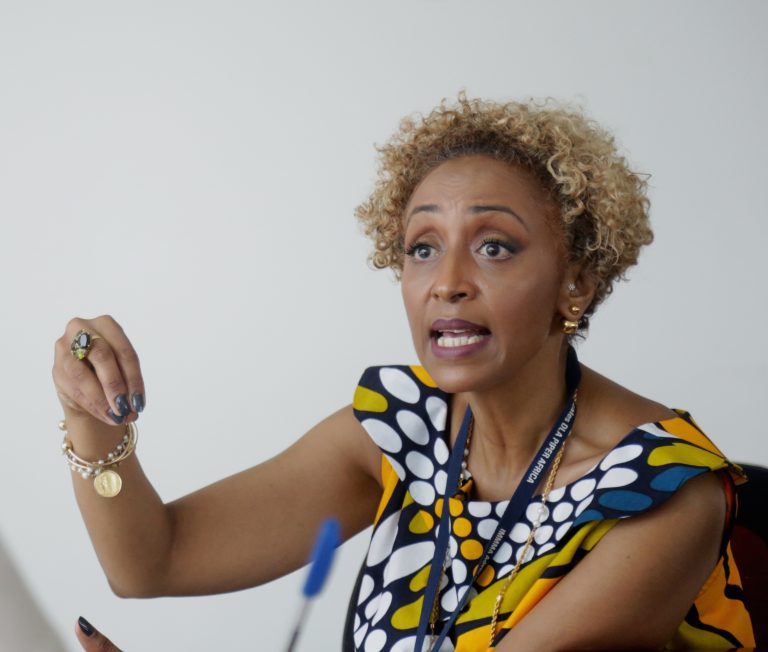 Even before the sensational climax to the case that saw prominent advocate Fatma Karume suspended from practice for alleged professional misconduct, this was a highly charged legal matter.

The case was brought against Tanzania’s President John Magufuli, to challenge his appointment of Adelardus Lubango Kilangi as Attorney General. The petitioner was the spokesperson for the Alliance for Change and Transparency (ACT), Abo Shaibu. His party, ACT, is relatively new on the Tanzanian scene and was permanently registered in May 2014.

The presiding judge was Judge Eleizer Feleshi (former director of public prosecutions) and now principal judge of the high court. One of the quirks of this case is that he did not mention ‘the petitioner’ even once by name, let alone mention the name of ACT. He did not say who ‘the petitioner’ was or whether ‘the petitioner’ brought the matter in his personal capacity or on behalf of any organization. Normally, information of this kind is included upfront in a judgment, when the presiding officer explains who the parties are and summarises the issues. Given the sensitive matters under dispute, it seems particularly interesting that one party became a completely unnamed entity in this decision. Not just that. ‘The petitioner’ presumably had grounds for alleging that the newly-appointed attorney general was not qualified for the position. But those alleged grounds are nowhere to be found in the judgment.

Instead, the focus is on the argument – ultimately successful – by President Magufuli’s legal team, namely that the constitution gave the president ‘absolute immunity against criminal proceedings and immunity from civil litigations’ while in office.

In addition, the Presidential Affairs Act increases that immunity. Under that law, the president – in his official capacity – cannot be summoned by court to appear or produce anything in court. According to the president’s counsel, ‘absolute immunity’ was designed to ‘protect certain prerogative or discretionary functions’.

When the president appointed the attorney general he was exercising his constitutional duties and was thus ‘immune for civil actions in a court of law’. The petition was also doomed because a mandatory prior 30 days period of notice was not observed.

The president’s legal team further argued that the petitioner had not shown how the president’s conduct in appointing Kilangi as AG would affect the right of the petitioner. ‘To him, treating such rights illimitable will amount into anarchy in the society’.

On the other side the petitioner’s counsel argued that while the constitution prohibited prosecution of criminal offences against the president, it did not prohibit ‘commencement or continuation of civil cases’. She also argued that notice of 30 days was not needed when the matter involved ‘acts or omissions’ of the president, in his capacity as president. It was only required when the president was sued in his personal capacity.

The judge also summarised a further argument – one which would later found the suspension of Karume – ‘By her words, the learned counsel warned that, in the event this case fails on a preliminary point, it won’t be over as if the president unconstitutional conduct is protected by the court on the ground that he is the president, they shall test it again once he leaves office be it in 2020 or 2025, and in the latter case when the bench will be a different one’.

At the start of his rejoinder, counsel for the president pointed out parts of Karume’s address which, in his view, showed she ‘unprofessionally and disrespectfully advanced personal vindications’ that went against the advocates’ professional conduct and etiquette regulations.

On various grounds, the judge found that the petition was ‘devoid of cause of action’ and moreover it was frivolous, vexatious and an abuse of court process. The petitioner therefore ‘is condemned to pay the costs in consequential’.

Counsel for the president had complained about Karume’s language, saying she acted unprofessionally and disrespectfully. The judge said that ‘in a way’ her ‘complained of unethical reply submissions’ challenged the court’s impartiality.

However, the court had to be ‘obedient to the principles of natural justice’, and so her complained of comments had to be dealt with ‘by a proper and unfettered forum’. Such a forum could ‘justly draw a line from which the independence of the judiciary has optimal protection against the rights advocates and other court users are entitled to in mounting critiques to the Judicial on one hand and to the adjudicating judicial officers’.

To ‘pave the way’ for professional disciplinary proceedings against Karume, he formally suspended her from practice and ordered the registrar of the high court to refer the professional misconduct matter, with his judgment to the ‘Advocate Disciplinary Committee’ for determination.

Commenting on the steps that the court ordered should be taken against her, Karume said she was ‘not surprised’ by the decision. She is also quoted as saying that the court’s decision was a deliberate move to ensure that she is hampered in taking constitutional cases to court. She said she had thought she could bring change through the courts and the law. However, ‘the court is telling me, “Don’t try, otherwise you will be removed”, that is the message sent to me’.

The Tanganyika Law Society, of which Karume is the immediate past president, called an urgent meting to discuss the matter. Current president of the soceity, Rugemeleza Nshala said the bar had received news of Karume’s suspension ‘with shock and sadness’ and that the decision was ‘unacceptable’.