It was a transparent attempt to avoid a vote of no-confidence by parliament, hiding behind a claim to be protecting MPs from Covid-19. And now the controversial Prime Minister of Lesotho has had his come-uppance from the country’s high court which ruled his prorogation of parliament was invalid. Just another blow for the soon to be ex-PM, Thomas Thabane, a man under suspicion of involvement in the murder of his estranged second wife. Just how soon is far from clear, however, with defiant Thabane saying he will choose how and when to make his exit. 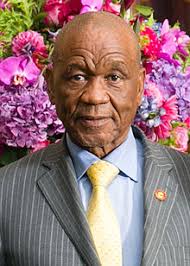 The latest drama in the increasingly sensational career of Lesotho’s Prime Minister, Thomas Thabane, 80, began on the night of Friday 20 March when he issued a legal notice proclaiming that he had prorogued parliament.

Parliament had been in session and was dealing with several significant bills. Among them was a pending motion of no confidence against Thabane. But when MPs went to work on Monday 23 March, they were met at parliament by a police officer who ‘expelled’ them. That ‘expulsion’ quickly led to a court application challenging the lawfulness of the prorogation. The applicants asked for a slew of orders from the court, most important among them that the decision to suspend parliament should be set aside.

The case, argued electronically and, in a first for the country’s national broadcaster, available live online, was heard by three judges of the high court: Judges Sakoane Sakoane and Moroke Mokhesi, with Acting Judge Polo Banyane.

It was agreed by all the parties that on March 18, the cabinet had declared Covid-19 a national emergency, gatherings were limited to 50 people, and public institutions were to adopt workplace safety measures.

Early in the evening of 20 March, the four leaders of Lesotho’s political parties in government attended a meeting at the royal palace. During that meeting, Thabane advised King Letsie III to prorogue parliament. Two of the ministers attending the meeting made it clear that they were against the idea of parliamentary suspension and the meeting ended.

Later that evening, however, Thabane wrote to the King, putting him on notice to act as advised by the PM and to sign his asset to prorogation by 9pm that same night.

Clearly, the King did not give his assent because, during the night, Thabane signed the necessary documentation himself and then issued a gazette formally suspending parliament.

The official reason given was this: ‘(D)ue to prevalence of Coronavirus (Covid-19) which has been declared a pandemic by the World Health Organisation, it is advisable not to have large gatherings of people in order to avoid the spread of the virus.’

In an important and detailed decision, the court examined the history and significance of prorogation of parliament, the issue of royal involvement in such a step and the ‘constitutional landscape’ in which the matter played itself out in Lesotho.

From this investigation it was clear that suspension was not something that happened ‘suddenly and haphazardly, let alone in a matter of hours during the night.’

‘(Prorogation) is an orderly and transparent process which unfolds in a responsible manner right before the eyes of MPs,’ said the judges. Even though the King was ‘obliged to act’ when advised to do so, this did not mean that the PM was entitled to ‘force the hand of the King to make decisions of great moment in haste, within a short time and at night in respect of matter, which the PM has (known) about long in advance.’

‘(T)he short time within which the King was to act shows that the PM’s approach to the King might have the intended or unintended consequence of “setting up the King for failure”. We say this because no reason is given, apart from an unexplained urgency for the King to have acted before he went to sleep.’

The exercise of the power to suspend parliament had to be bound by the ‘constitutional values of democratic accountability, legality and legitimacy’. These values in turn informed the principle that state powers had to be exercised in accordance with respect for the wishes of the electorate. It would be a violation of the constitution for a PM to use prorogation to undermine rather than uphold the voice of the electorate.

The court concluded: ‘prorogation is not a blunt instrument available to a PM … to fight political battles or to frustrate parliament in the performance of its constitutional roles’ – and here the court pointedly gave as an example that it could not be used to out-manoeuvre a motion of no confidence.

In a constitutional monarchy the King may not act on the unlawful advice of a PM. In addition, the PM is accountable to parliament and is obliged to report to parliament on such steps as a request for suspension. ‘The reporting obligation cannot be anything short of making an official statement before the two Houses’ about the PM’s advice to the King and what led the PM to act where the King did not do so. If the PM had reported to the Speaker, that alone was not enough: ‘It is to the peoples’ representatives that the PM must report.’

Reporting to parliament must be ‘as soon as possible’. Where, as in this case, the PM suspends parliament in the middle of the night, the ‘earliest opportunity’ for such a report would have been over the weekend immediately following. The failure of the PM to do so is a further example of unlawful actions.

It was irrational to suspend parliament when it was in the middle of allocating financial resources to deal with the ‘real and present danger posed by Covid-19’. The PM’s ‘generalisations’ that he ‘acted in the best interests of the country’ did not adequately deal with the irrationality claim: it was irrational to suspend parliament on the grounds that this would help deal with Covid-19, because it could then not pass the laws necessary to free up funds to fight the pandemic.

And then there was the problem that the Minister of Health had gazetted regulations for managing the Covid-19 pandemic. In those regulations ‘essential services’ – including ‘services rendered by the Executive and Parliament’ – were explicitly exempt from lockdown. Why was parliament suspended when the government gazette specifically listed it among institutions ‘not affected by the lockdown because it provides essential services’?

In view of all these unlawful actions, the prorogation was invalid and the court set it aside. ‘The result is that Parliament was never prorogued and can continue with its business and processes in its current session.’ The other petitions by the applicants were dismissed.