Few South African courts have yet issued judgments this year, but the legal world is far from bored. A sensational affidavit, sworn by the deputy judge president of the high court in Cape Town, Patricia Goliath, has thrown open the tensions among judges of the Western Cape High Court, and, most particularly, the alleged abuse of power, racism and unconstitutional behaviour of that court’s judge president, John Hlophe. 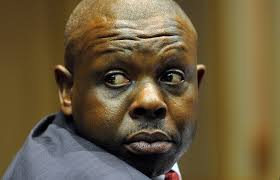 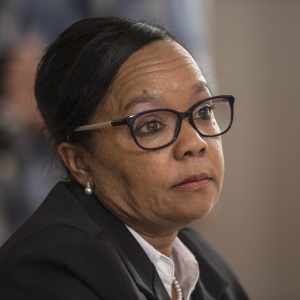 Western Cape High Court Deputy Judge President Patricia Goliath has sent her complaint in the form of an affidavit to the Judicial Service Commission. She asks that the commission investigate her allegations, almost all of which relate to the behaviour of the judge president of the division, John Hlophe, and his wife, Judge Gayaat Salie-Hlophe.

Among other allegations, Judge Goliath says she feels the court, as a working environment, has become ‘unsafe, unhealthy and oppressive’, and she is unable to carry out her constitutional role as DJP. She adds, ‘My present plight, especially as a woman, is untenable.’

Her claims relate to the JP making insulting references to her in public, effectively stripping her of her role as DJP, and favouring his wife, Judge Salie-Hlophe. She also alleges that the JP made racist comments about his white colleagues on the bench.

These are clearly the most sensational claims to be made to the JSC since judges of the constitutional court themselves reported Hlophe JP in 2008, claiming that he had attempted to interfere with judges involved in a case dealing with the then President, Jacob Zuma. More than 10 years later, the JSC has been unable to resolve this matter.

Judge Goliath’s claims have been dismissed by Barnabas Xulu, attorney acting for both the JP and his wife, Judge Salie-Hlophe. Xulu says the affidavit is mostly gossip and hearsay. The affidavit must now be considered by the JSC. However, this body has a reputation for being unable to make decisions related to disciplinary matters with any speed or efficiency.