One of Uganda’s most contentious laws has come under fire by that country’s constitutional court. A particularly repressive section giving the police power to prohibit all public gatherings and protest has been declared unconstitutional and the court’s majority took the opportunity to criticise the way police hound and harass any political gathering not called by the ruling party. 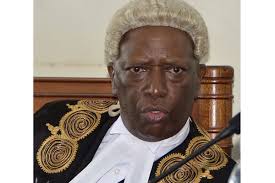 The majority judgment of Uganda’s constitutional court in this challenge to the law that inhibited the right to gather and protest, reads like the stirring highpoint of some movie legal drama.

Given the lack of judicial independence in many Africa countries, it is difficult to believe that four of the most senior judges in that country were willing to speak as freely and boldly as they do in this decision. By turn they castigate parliament for passing the disputed law in apparent defiance of a  previous judicial decision, the attorney general for his less than respectful attitude to the court, and the police and government supporters for their apparent belief that no one who criticises the government may be allowed to gather or protest, despite what the constitution guarantees.

The court had before it a petition challenging aspects of the Public Order Management Act (POMA), a law that gives the police the power to impose pre-conditions on any public gathering and ‘whittle down liberties’, as the court put it.

Two main issues were at stake. First, did sections of the new law flout the constitutional provision that says parliament may not pass legislation whose effect is to overturn a judgment of court? Second, were these sections also unconstitutional for other reasons? By a majority of four to one, the courts answered ‘yes’ to both questions.

The first question was a reference to an earlier constitutional court decision that found sections of the Police Act invalid. But, according to the petition, the new law embodied much of the same approach that the court had previously found was not permitted under the constitution. Four of the five judges agreed with the petitioners that this was so.

In the earlier case, the court had explained in detail why the police could not be permitted to wield powers with which they could stop public gatherings ostensibly on the grounds that meetings would cause a breach of the peace. ‘It is a pity that (the court’s) explanations for nullifying (provisions of the earlier law) were contemptuously ignored by parliament and the executive,’ said Justice Cheborion Barishaki.

Social and sports gatherings, religious meetings and wedding motorcades among others, all caused some measure of inconvenience to the rest of the public who were uninvolved in these events. ‘Yet the same are routinely, and rightly so, allowed to proceed without disruption’ by the police. ‘The same attitude must be applied to political protests and public meetings of a political nature,’ said Barishaki.

Blanket prohibitions on holding public meetings without prior police approval ‘is simply unconstitutional’. Police had a duty to act against people who disrupted gatherings rather than acting against those who were meeting peacefully. Under the constitution, the police were not entitled to ‘wantonly disperse public gatherings or prohibit meetings of groups agitating for political causes that are opposed to the government of the day.’

Justice Elizabeth Musoke was just as outspoken. The provisions of the POMA were ‘unduly burdensome’ and gave the police ‘blanket powers to stop citizens from exercising their right to assemble,’ she said. The law ‘embraces a regime of repression’ aimed at curtailing freedom to assemble and demonstrate.’ The legal framework encouraged the police to ‘begin with a presumption that assemblies should be stopped unless authorised by police.’

But most sharply outspoken of all was Justice Kenneth Kakuru. He reproduced the affidavit put up by the attorney general in defence of the POMA, and said it could not be said to amount to a defence of the disputed law at all. It was simply a general denial. ‘The laxity and the casual manner in which the AG handles serious constitutional matters at this court is appalling to say the least. It verges on neglect of duty if not outright abuse of office.’

It was almost 13 years since the POMA came into force, and ‘despite public outcries and appeals to parliament, no regulations had been promulgated’; without them it was impossible for the law to be implemented in a way that would be constitutional.

As a result, the law had become ‘an instrument of political oppression’.

‘It criminalises legitimate political dissent …. It goes further to curtail and criminalise the legitimate acts of the press and media …. It has criminalized membership of political opposition and others considered by the police as being undesirable elements of society. This is neither a legitimate nor a legal purpose of law.’

He reproduced sections of debate in parliament from Hansard and commented that the exchanges showed the police were using the Act to criminalise even private functions and gatherings in people’s private homes when, in the mind of the police, ‘it conceives them to be of a political nature.’

As the police did not stop any gatherings sanctioned by the government or the ruling party, he was forced to conclude that the law stifled political dissent and criminalised free assembly and free speech.

In the view of Justice Kakuru, the entire POMA was inconsistent with the constitution. However, the majority limited its findings to hold that section 8 of POMA should be declared null and void and that all acts carried out in terms of that section were also null and void.

The petition had been brought with the support of a number of organisations including Human Rights Network Uganda, the Development Networks of Indigenous Voluntary Associations and the Uganda Association of Female Lawyers.

Amnesty International welcomed the court’s decision saying the law had been used for years as a tool of repression. Acting in terms of this law, police had brutally dispersed spontaneous demonstrations and opposition rallies.

‘Ugandan lawmakers must now … repeal the entire POMA’ as it had been said by the court to contradict the constitution, said an amnesty spokesperson.

* ‘A Matter of Justice’, Legalbrief