Many decades after they were detained and tortured, two prominent Kenyan activists who campaigned for multi-party democracy and human rights have been awarded posthumous compensation related to their detention and torture under previous repressive governments. The court that awarded compensation to them also made formal declarations that the fundamental freedoms of the two, Charles Rubia and John Serony, had been violated, as had their right not to be subject to torture and other unlawful abuse. Though it had been many years since the two were detained and tortured, the presiding judge said it was ‘not too late to peer into the past and correct injustices that may have occurred in our history.’ 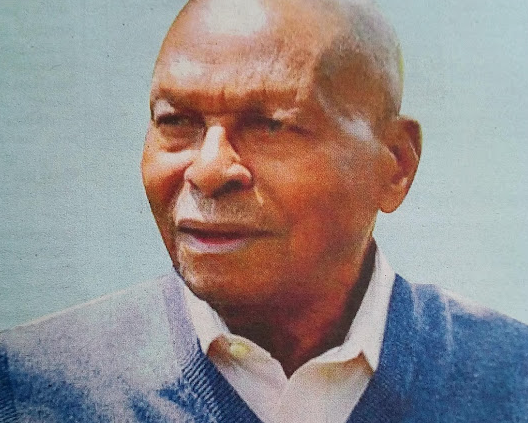 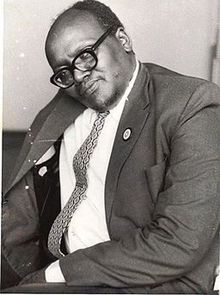 Two prominent Kenyan advocates of modern democracy, clean governance and the rule of law have been given posthumous recognition by the courts of the time they spent in detention for their beliefs.

The families of the men had brought separate court petitions asking for somewhat similar relief: relatives of Charles Rubia and of John Seroney asked for recognition of the suffering experienced by the two at the hands of the previous regime, and of the violation of their human rights. They also asked for compensation.

Rubia died in December 2019, after he had already filed a court application alleging that his constitutional rights and fundamental freedoms, protected under the previous constitution, had been infringed. His family picked up the case following his death, and continued the legal action against the attorney general.

The second petitioner, John Seroney, died more than 30 years earlier than his compatriot, and after his death his widow brought a petition against the attorney general on behalf of herself and the children she had with the former MP. A significant feature of the Seroney matter is that in May 2011 the national assembly heard speeches by several MPs who asked that a formal apology be made to their late colleague and his associate, fellow MP Joseph Shikuku, for action taken against them both under a previous regime. The speeches also called for compensation to be paid to them because of the ‘abuse of power’ that led to their arrest within the precincts of Parliament and because of other action taken against them under former Presidents Mzee Jomo Kenyatta and Daniel Arap Moi.

Arrested because of a ruling he made in his capacity as Deputy Speaker of Parliament, Seroney was jailed first for 18 months in Manyani Prison and then held in a maximum security prison until he was freed in December 1978 as the result of a presidential ‘pardon’. He had spent more than three years and two months in jail, much of it in a tiny cell which he was allowed to leave for just 30 minutes a day.

His family told the court that he continued to be targeted even after his release and, to the detriment of his family, was thus unable to find employment for the rest of his life. Other horrific details of the way the rest of the family had been targeted were relayed to the court.

Judge Weldon Korir, who dealt with the petitions of both families and issued two separate decisions, awarded Kshs.17million in compensation for the violation of Seroney’s rights by way of his detention without trial. The government is also to pay the legal costs of the case.

Korir said there was ‘no time limit for the institution of claims touching on violation of constitutional rights and fundamental freedoms.’ Given that conditions for redressing the violation of rights did not exist for much of the more than 40 years since Seroney’s arrest, there had been ‘no inordinate delay’ in filing the petition, and it was ‘not too late to peer into the past and correct injustices that may have occurred in our history.’

The judge declared that Seroney had been subjected to treatment in prison that violated his right to freedom from torture and cruel, inhuman or degrading treatment. He also issued a declaration that Seroney’s rights to freedom of expression had been violated.

In Rubia’s case, he had filed papers in court before his death, saying that his arrest and detention had been unlawful and that he had been subjected to ‘inhuman and cruel treatment and torture’ leading to a severe decline in his health as well as to his political career and his business.

Like Serony, Rubia had been an MP at the time he was arrested. On one occasion his detention followed a press conference in which he urged the government to dissolve parliament and hold fresh elections ‘devoid of rigging’, end the mismanagement of public affairs and institute better socio-economic policies in Kenya. After his arrest on this occasion, as well as during his detention on another occasion, he was ‘subjected to torture’, he claimed.

Because Rubia had not put up proof of the financial loss caused by the state’s action against him, much of his original monetary claim was rejected. However, the judge awarded his estate Kshs.17million ‘as general damages for his unlawful detention … and violation of his constitutional rights and fundamental freedoms.’

In Rubia’s case too, Korir declared that his detention had been unlawful and infringed his constitutional rights. His right to freedom from torture, cruel and inhuman treatment had been contravened. In addition to general damages, his estate was awarded Kshs.226,200 and £68,980 by way of compensation for proven medical expenses in relation to treatment in London for illnesses arising from his detention.

The cases are important for the families of the two men, for their reputation as activists for democracy and human rights, and for ongoing efforts to establish what happened during the repressive former regimes in Kenya.