No protection in Zim for pangolin, alleged trigger of world’s coronavirus pandemic

Scientists increasingly believe that pangolin meat might have been part of the trigger for the deadly coronavirus. In this case the pangolin would have been bought in a typical Chinese market where illegally obtained wildlife has been an everyday element. But though that news has given new impetus to wildlife protection, it turns out that there is no proper legal protection for the pangolin in Zimbabwe. Cabinet ministers have not added it to the list of protected species whose possession is unlawful – despite being urged to do so in a recent judicial decision. 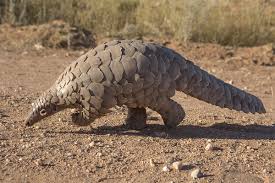 Just as the whole world discovers that pangolin meat could have triggered the coronavirus pandemic sweeping the globe, it has emerged that Zimbabwe’s legislation offers no real protection for the species.

This has become clear from a decision of the high court sitting in Harare earlier this month to review a criminal sentence and conviction. The accused, Shake Mafuka, was convicted and sentenced for unlawful possession of ivory and pangolin scales without a permit. The convictions were initially confirmed by two judges when they reviewed the case.

Because the magistrates court found no special circumstances, it sentenced Mafuka to nine years in prison on each count, bringing the total to 18 years. On review the high court altered the sentence to a total of just nine years because the judges believed the two counts should be treated as one for sentencing.

However, the matter later came back to the high court for further review. This was after a case in the high court, Masvingo, raised the question of whether pangolin were listed as protected animals on a special list drawn up by the government. As a result of the Masvingo case that spotted the legal loophole, the court dealing with Mafuka’s matter had to review Mafuka’s case all over again.

The judges in Mafuka’s case said that the Masvingo court had noted s 128 of the Parks and Wildlife Act, relied on for conviction in the case they were considering, did not mention the pangolin ‘as a specially protected animal’, a fact that the trial court had clearly initially overlooked was well. There was thus no ministerial certificate specifying the pangolin ‘as a specially protected animal the unlawful possession of which would attract the mandatory minimum sentence of nine years … in the absence of … special circumstances.’

The Harare high court judges therefore had to re-think Mafuka’s sentence and conviction in the light of this decision. The judges confirmed that the sentence of nine years for the ivory conviction was ‘in accordance with real and substantial justice’, and the ivory was forfeit to the state. However, on the second count, relating to possession of pangolin scales without a permit, the original sentence had to be set aside. Instead, the court sentenced Mafuka to a fine of Z$100 or six months.

Not that any of this would have helped Mafuka. As the court noted, the entire review was an academic exercise since Mafuka died last year in Chikurubi Maximum Prison.

‘No proven harm to economy’

The case in Masvingo that focused attention on the problem of pangolin exclusion from the schedule involved a teacher and two others, tried for possessing a live pangolin that they tried to sell for $5 000. The three asked for leniency on the grounds that their offence ‘did not cause any proven harm to Zimbabwe’s economy.’

The court pointed out that pangolin are one of 24 protected species whose possession or slaughter attracts a jail term of three years or a $500 fine. Section 128 of the Act says that any crime involving protected animals attracts a mandatory sentence of nine years. The problem, said the court, was that the s 128 schedule does not mention the pangolin, by name, as an animal whose possession attracts the mandatory nine-year sentence.

A local newspaper quoted a section of that judgement: ‘(A)s the law stands, hunting or possession of a pangolin does not warrant the special penalty provided for in s 128 of the Act, until the minister specifies the pangolin by name….’ Since then the minister has not, however, added the pangolin to the list of specially protected animals in Zimbabwe.