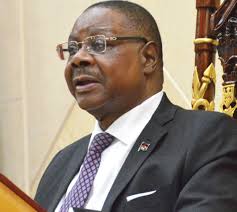 Both the two key issues in this judgment will have sent shock waves through Malawi’s legal community. First, the court confirmed that the challenge to the validity of the country’s Covid-19 restrictions was weighty enough to be referred to the Chief Justice, Andrew Nyirenda. If the CJ certified it was necessary, a special panel of high court judges would sit to decide the constitutional issues raised.

Having dealt with this, the main matter, the court next took the attorney general to task for not having made an appearance when the case was argued. Criticising the AG’s office in terms that are virtually unheard of, Judge Kenyatta Nyirenda said the AG had ‘goofed’ and that it was a dereliction of duty for the AG’s office to ‘sit on the fence’ instead of appearing in court.

The dispute over the coronavirus restrictions was foreshadowed in several earlier judgments, brought after the pandemic first made itself felt on the continent. At that stage, Judge Nyirenda and Judge Zione Ntaba both heard cases that tested the validity of restrictions following argument that they might have gone beyond the empowering legislation or been enacted in terms of the wrong laws.

In fact, Judge Nyirenda said that the government should urgently consider the laws that might become relevant to managing the pandemic and update them where needed, since most of the laws on which regulations managing the restrictions would be based, were hopelessly outdated.

Since then, two applications have been brought to court to test the regulations more closely and they were later consolidated. One was brought by Prophet David Mbewe and the Living Word Evangelistic Church against the Malawi Council of Churches. Mbewe’s problem was that while the council of churches was prepared to comply with the restrictions announced by the government, he was not. He said his churches could not agree to close, as the council of churches had done. They should be allowed to continue operating and would self-regulate by ensuring that congregants maintained the right distance from each other. Mbewe challenged the government’s order to close churches, quoting various constitutional rights that he claimed were infringed by such an order.

The other application, brought by the Human Rights Defenders’ Coalition, was based squarely on the legitimacy of the Covid-19 rules, and questioned whether they were ultra vires. This challenge also questioned the validity of restrictions that appeared to pay no attention to the devastation they would cause to the country’s poorest and most vulnerable.

After the consolidation of the two matters, Judge Nyirenda gave orders as to when documents should be filed by the various parties, only to be met by a notice of withdrawal by the government parties, represented by the attorney general.

In his now-trademark style, the judge expressed concern about this action. ‘It was wrong for the defendants to think their duty to the court finished with filing the notice. No! It was necessary for them to leave the comfort of their respective offices and appear before the court. By the way, I know of no principle of law which states that a party that is so dead sure of their strength of his or her case does not have to come to court to plead his or her case. With due respect, I do not think we will ever have such a principle: it is preposterous!’

He said it was clear that there were ‘serious questions’ in the matter that could not be disposed of immediately: Could a lockdown be declared ‘without the attendant declaration of state of emergency being declared’? Was subsidiary legislation valid if it was promulgated and implemented under the Public Health Act (PHA) but lacked parliamentary oversight? Were the petitioning parties correct to claim that the PHA did not allow the minister of make subsidiary legislation outside its scope?

Among the claimants’ other problems was that the lockdown would deprive most Malawians of their means and sources of income and that, given such an outcome, any ‘reasonable Minister’ would have provided emergency resources. The court was thus asked to consider whether a lockdown could be implemented without social security interventions to marginalised groups.

As to the AG’s conduct in withdrawing from the case and not appearing in court for argument, Judge Nyirenda quoted counsel for the claimants who said they were ‘not amused at all’ by the approach of the AG. The AG was ‘supposed to be in this court. The court must be respected. It is wrong for the AG to address the court through newspapers. The AG must be censured. He must not forget that the AG’s chambers are not a private firm.’

The judge explained that the reference to addressing the court through newspapers related to statements by the AG that had appeared in the local media. He said the case raised many difficult legal issues and he could not understand why the AG would not want to be heard on them. As the government’s main legal adviser the AG would have been involved in framing the Covid-19 rules whose constitutionality was being challenged in the case. But instead of providing the court with information about the rules that would help decide the case, the AG ‘snubbed’ the hearing and then communicated with the court through the media.

This was bizarre, and an astounding effrontery, he said.

Judge Nyirenda said he had determined that the matter involved interpretation of the constitution and that it should thus be submitted to the Chief Justice for certification and the appointment of a court to decide the questions raised.

As a result, Malawi is still without any effective Covid-19 restrictions. And the question remains whether any court, charged with determining the matter, will find the government’s proposed rules are valid.

Mr. Chiwaya, of Counsel, for the 5th Claimant