After a long and difficult battle with the relevant minister, Uganda’s law society has staved off attempts to subject members to double taxation. The government had included lawyers on a schedule of professions and businesses that had to apply for local licences to ‘trade’, though they are already taxed via practice certification processes. Judge Ssekaana Musa had to deal with similar challenges to the schedule from members of Uganda’s pharmaceutical association and organised members of the country’s forwarding and clearing business. In all three cases, he found the 2017 proposals would introduce a system that amounted to double taxation. This was impermissible and the minister’s actions were thus declared invalid. In an obiter note at the end of his judgment on the law society’s challenge, Judge Musa urged that the government consult with the law society to avoid ‘further litigation’. 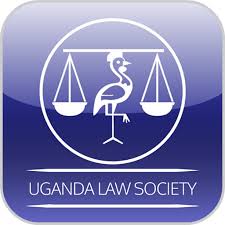 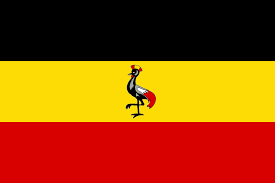 What do lawyers, pharmacists and – wait for it – forwarding and clearing agents, all have in common?

Unless you have been following Uganda’s court decisions along with government efforts to increase the country’s tax base by imposing new licensing regulations, the answer would be impossible even to guess.

Here’s the answer: representatives of all three professions have gone to court challenging regulations that sought to impose a licencing tax on their members via inclusion in a disputed 2017 schedule. And now all three have won their litigation, all based on exactly the same grounds.

There is a long history behind the three cases, with the authorities involved in continuing efforts to tax members of these three professions and businesses by way of compulsory special licences to ‘trade’. But the high court has now found, definitively, that this amounts to double taxation and that the proposed additional licence, required by the city, is unlawful.

In the case brought by the Uganda Law Society, the main issue for Judge Ssekaana Musa to resolve boiled down to this: was the inclusion of lawyers in the trade licensing schedule, on the instruction of the Minister of Trade, Industry and Cooperatives, a lawful decision, or was it beyond his powers?

In the view of the law society, the decision to add lawyers to the schedule amounted to double taxation, and this in turn ‘goes against the spirit of the Trade Licensing Act’.

They further argued that the ‘practice of advocates’ was governed by the Advocates Act which in turn authorised the Law Council to make regulations for legal practice. The legal services provided by law firms ‘does not amount to trade or trading’, the society argued.

Further, ‘It could not have been the intention of parliament that a law firm of advocates licensed to practice under the Advocates Act be prevented from practicing by a refusal by the town clerk of a municipal council to grant them a trading licence.’

Judge Musa noted the complex history of unlawful attempts to add lawyers to previous schedules. ‘The schedule made in 1990 was illegal and it added legal firms, and yet it was forbidden (to do so). It could indeed be true to say that the Minister in 2017 was misguided or misled by the same schedule to maintain the legal firms (on the schedule).’

It was no wonder that the previous schedule had never been implemented against the law firms. In coming up with the new schedule, the Minister should have been guided by history of such efforts made since 1969, he said. The Minister had a duty to make rational decisions, and when revenue obligations were imposed, that duty was even more significant.

Money paid by advocates for practice certificates and approval of chambers went to the central government. If local government were to impose licences that ‘would indeed amount to double taxation’, and the court’s position was that ‘the legislature could never have intended to confer the power to make unreasonable rules.’

In the circumstances of this case the decision to include law firms on the schedule was ‘illegal and irrational’. It totally disregarded existing laws, amounted to double taxation and was unfair to members of the law society.

‘This court is therefore satisfied that the decision of the Minister was illegal and irrational.’

In an interesting note at the end of the judgment, the court said public participation was an important part of rule-making. It ‘may serve as a significant safeguard against an improper exercise of (the rule-maker’s) power’. ‘The administration is not always the repository of ultimate wisdom; it learns from suggestions made by outsiders and often benefits from that advice.’

While there was no general duty requiring consultation where it was not a stipulated requirement in the legislation, it was necessary to avoid a situation such as in the cases being considered by the court ‘where the different professionals’ were challenging their inclusion in a schedule.

‘Making a schedule of this nature involving all professions/businesses … requires expert knowledge and data.’ Consultation by the rule-makers with those interested in the outcome would ensure that the authorities would understand the situation fully.

Although it was not a legal requirement that there should be consultation in cases where the law did not spell this out, courts attached ‘a good deal of importance’ to such a procedure being followed, said Judge Musa. And he ended with this kicker: ‘The rule-making authority – the Minister responsible – is advised to consult the concerned parties to avoid further litigation.’

A similar outcome was reached by the court in the challenges against exactly the same schedule brought by the Pharmaceutical Society of Uganda on behalf of its members, and by the Uganda Clearing Industry and Forwarding Association.