Kenya’s law society has launched a court application challenging the validity of the country’s Covid-19 restrictions because they have not been approved by parliament. The law society also claims they are invalid because they discriminate against the poor, in that they make wearing masks compulsory while those living in poverty will not be able to afford them. Further, the society argues that the regulations go further than the laws from which they derive their power, will allow. While this application makes its way to a court hearing, an earlier application by the society, also related to contentious Covid-19 restrictions, has been finalised by the high court. 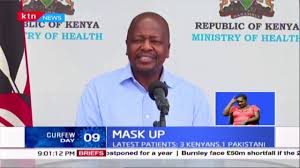 Kenya has become the latest African country to be involved in dispute over the lawfulness of its Covid-19 restrictions. In the case of Kenya, the law society has launched a petition asking the courts to intervene and rule that key regulations aimed at curbing spread of the virus were invalid. Its complaint is that the regulations were not correctly promulgated as they were not approved by parliament within the stipulated time after they were published. The law society raises other significant issues, among them questioning the validity of the regulations because they go beyond the power of the enabling legislation.

However, the problem of how to make valid and binding regulations for the pandemic has also been raised in Malawi, where two judgments have taken on the question of whether existing legislation allows the government to make rules for containing the emergency. Both decisions find that the laws in Malawi are lagging behind and need urgent updating to allow for disaster management.

Kenya’s coronavirus rules were published on April 6. However, the law society argues, the law requires that they should be tabled before the National Assembly within seven days and this was not done.

On 10 April they were published in the Daily Nation, but there was no Gazette Notice on the relevant government website. The government was thus in breach of the rules that required ‘easy accessibility’ of regulations and provides that they must be available in an intelligible manner that is accessible to the general public.

But apart from these more technical legal aspects of the petition’s complaints, the society also argues that the content of the regulations – that everyone must wear masks or face fines and/or prison terms for example – is itself in breach of the constitution.

The society spells out the extent of poverty in Kenya, referencing undisputable studies on the country’s economic realities. It then submits that, against the background of such widespread poverty, it is ‘absurd’ for the government to expect that ‘all persons have masks’.

Regulations that make the wearing of masks compulsory prove that the authorities are ‘detached from the reality of many Kenyans who cannot put food on their tables let alone purchase a mask’. This was particularly so in view of the fact that masks ‘currently retail at 150 Kenya Shillings’ and according to WHO guidelines, are ‘to be used once and disposed.’

The society claims that is indirectly discriminatory and unconstitutional to impose mask-wearing as a mandatory requirement, coupled with penal sanctions, without providing free masks for those who genuinely cannot afford them.

The end result would be to criminalise poverty. By failing to provide masks for the needy, the poor and the vulnerable, the regulations had the potential unfairly and illegally to target the poor, according to the petition.

The regulations targeted the poor for fines and police harassment. People could be imprisoned, resulting in further hardship for their families, and those convicted of breaching the regulations could land up with a criminal record, something that further hampers disadvantaged people living in poverty.

The law society then analyses the regulations as a whole and argues that they are unconstitutional and in violation of the Public Health Act (PHA).

For example, the Cabinet Secretary for health claims to derive authority to gazette the regulations from section 36 of the PHA. But this section ‘does not empower him to create offences and prescribe penalties.’ This meant that Regulation 11 was invalid for going outside the power of the statute.

Similarly, the regulations impose a fine of not more than 20,000 Kenya Shillings or six months in prison or both. However, as the law under which this regulation is made provides for a maximum fine that is much less than this, the punishment – as well as the offence itself – is invalid.

As a consequence of these and other complaints, the law society is asking the court for a declaration that the 6 April regulations are unconstitutional and of no legal effect. A second declaration should be made that the duty to provide healthcare to vulnerable people lay with the state.  It was a duty that could not be delegated ‘by way of imposing a mandatory regulation to wear face masks without providing face masks or reasonable access’ to them. Alternatively, they asked that the court should order that free face masks should be made available to ‘all vulnerable groups’ in Kenya.

No date has yet been set for the court to hear the petition.