‘Just not good enough’ – get up to speed for electronic hearings: UK court

Like it or not, the coronavirus is forcing lawyers – judges, magistrates, prosecutors, advocate and attorneys – to play catch up with technology. Many courts are now operating through the lockdown or other social distancing restrictions via electronic hearings, and judges have to be up to speed. A number of recent cases show the courts wrestling with the question of how much extra time should be allowed to parties for preparation when the case is to be heard electronically. And under what circumstances should a court agree to postpone a matter until it is possible that lockdown will be lifted, so that the case may be heard as in the past? If ever there was a case that illustrated the problems involved, it is this one, a multi billion dollar, multi-applicant, multi-jurisdictional legal puzzle, all the more complex because its crucial initial phase must be dealt with online. 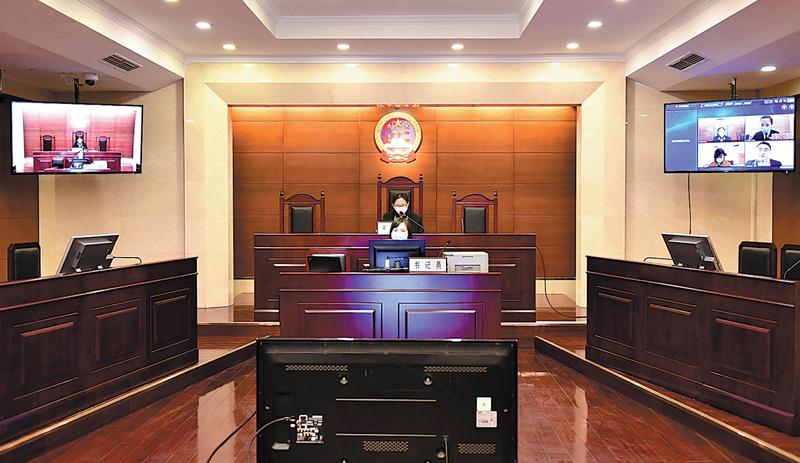 This is a case of almost unparalleled inter-continental complexity. It starts with two mining dams in Brazil, operated by a Brazilian joint venture involving two major companies, one of them BHP Billiton. The dams collapsed, killing many people, polluting the water supply of hundreds of thousands of residents and causing untold environmental disaster. After years of negotiations, BHP Billiton in Australia was drawn in via a case brought by shareholders who say the company misled them because it was aware of the safety risks but did not take preventive action.

The current state of play as far as the law is concerned, is that more than 240 000 individual plaintiffs including local indigenous communities and municipalities in Brazil, 530 private businesses, 15 churches and the archdiocese of Mariana, have all filed a case in the UK high court. Their case is against BHP Billiton and others, and they are asking for US$5 billion in compensation.

Among other disputes, the parties are fighting over whether the UK is the correct place for the matter to be heard. This jurisdictional aspect was to be heard in June, with various cut off points between the beginning of this year and the hearing date, for the exchange of evidence and other matters.

Given the incredible complexity of the matter – there is agreement that it is the largest class action ever brought in England, involving unusual scale and complication and enormous damages for a wide range of losses – what was to happen now that everyone is in lockdown and the courts are not sitting in the conventional way?

Both sides wanted the court to adjust aspects of its original schedule of deadlines and its plan for a four-day hearing starting on 9 June.

Further details of the case are not relevant here. For now, the point to make concerns the response of the court to these requests for more time. And in particular, to the suggestion that the whole matter of jurisdiction should be postponed as long as possible – preferably into the northern hemisphere’s autumn – as this could mean the global lockdowns would be lifted and the case could be heard, as a conventional matter, after that.

It was the response to these requests by Stephen Eyre, the judicial officer due to preside in the jurisdictional hearing, that are interesting to judges and lawyers even in a completely different continent.

What principles should apply to applications for extension of time, asked the judge, when it is said that the ‘circumstances of a worldwide pandemic and of national lockdowns have caused delay in the gathering of evidence’?

In one unreported case quoted by Judge Eyre, the judge, Nigel Teare, refused to adjourn a trial fixed for the following week. It could not be held in the usual way because of Covid-19 restrictions. However, Judge Teare permitted ‘only a short adjournment of the start date’ to allow for remote conferencing to be put in place. Judge Teare was, in turn, following the Lord Chief Justice’s guidance on remote hearings, namely that they would become ‘the default position and that inevitably hearings would have to be conducted remotely to ensure the continued provision of access to justice.’

In another unreported case quoted in by Judge Eyre, the judge, Clive Jones, took a strong line on the complaints by the lawyers involved. They said that the restrictions meant that the case should be deferred until it was possible for the matter to be heard in open court.

The problems mentioned by the lawyers should be dealt with robustly, he said, and the parties should take ‘proactive measures to overcome these difficulties’.

One was the problem that the client might want to give instructions during the hearing. His reply could be seen as something of a putdown for the electronically inept – try using your mute button, he suggested.

What about the argument that the lawyers were technologically inexperienced and not able to manage electronic hearings?

‘It has been contended that the legal team for the respondents has no previous experience (of remote hearings) and there is insufficient time to learn to be able to participate fully and fairly.

‘Bluntly, that is not good enough.

‘Solicitors are going to have to act quickly. They need to practice Skype and put in place procedures to enable them to be effective trial lawyers. I have to observe that it is highly surprising that the technology available to a firm of solicitors is not more advanced than that available to the courts, but again I return to the fact that this is not difficult technology. Nor should it be difficult to organise an electronically presented defence.’

Not even a plea that one of the legal team had inadequate connectivity moved the judge: ‘Mr Pearson, as I understand it, has poor internet connection. That is plainly a matter that needs to be resolved together with the question of his ability to use his mobile phone. Again, I do not anticipate that those matters cannot be resolved.’

Nor was the judge impressed with an argument based on the problems of presenting submissions from home while the family hovered in the background, all also on lockdown.

Judge Eyre then quoted another colleague who took an even tougher line. Granting only a small extension to deadlines on account of the pandemic restrictions, Deputy Judge Daniel Alexander said that the lawyers who asked for long extensions should bear in mind that ‘some of their often much less well-remunerated compatriots may be putting themselves and their families at risk in saving lives, working long hours in inhospitable conditions.’

Where it was safe to do so without risking the integrity of the legal process ‘the wheels of justice should keep turning at their pre-crisis rate,’ he said.

Judge Alexander added, ‘It is not unreasonable to expect that lawyers concerned in keeping cases on track may need on occasions to push a little harder to enable that to be achieved.’

By this stage of Judge Eyre’s decision on granting delays in the Brazilian mining disaster jurisdiction dispute, the parties may well have expected him to take a hard line on their own requests for extensions and the submissions by Billiton that the matter ultimately be heard only after restrictions were lifted.

In the end, however, he probably gave more concessions than anyone would have anticipated and allowed Billiton an extra five or six weeks to prepare, even though this meant the hearing would have to be postponed.

On the question of a new date, the two sides presented completely opposite views. The claimants, who specifically chose the UK as the forum for the matter to be heard because of the ‘glacial’ pace of litigation in Brazil, wanted a date early in July because of elections in Brazil. The other side was agitating for an ‘autumn’ date (between September and November), given the extra problems involved in an electronic hearing.

The judge announced a compromise: instead of the June date originally set for argument, the matter of jurisdiction is now scheduled for 20 July.

All in all, this is an interesting judgment for anyone faced with electronic hearings, and wondering how much – if any – extra time should be built in because of the Covid-19 restrictions.  And it also contains several useful sets of ‘principles’ that a court should consider in deciding whether to postpone a matter until after lockdown, and in setting dates for parties to exchange documents.