Dying surrounded by family ‘a most fundamental right’ – court

In a case that has moved readers worldwide and that sparked a judge to comment on the rights of a dying person even during the COVID-19 pandemic, a court has ordered that a terminally ill Nigerian woman living in the UK be allowed to leave the care home where she had been staying, to spend her last days with her extended family. In her decision on the case, UK Judge Nathalie Lieven commented that the woman had ‘something between a few weeks and 3 – 6 months to live’ and that the question was whether she should be able to spend those last days with her family. ‘The ability to die with one’s family and loves ones seem to me to be one of the most fundamental parts of any right to private or family life,’ the judge wrote. 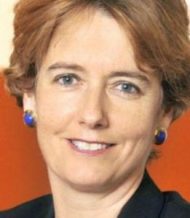 The case, in which the woman was identified only as AO, was brought by her daughter, VE. In a decision delivered this week, the judge explained that VE asked the court to order that it was in her mother’s best interests to be allowed to leave the care home where she was then living, and move to stay with VE and her family.

In Judge Nathalie Lieven’s view the matter was one of ‘extreme urgency’ because AO had terminal cancer, and she gave her order – allowing the move – at the end of a full hearing on the matter on 20 April. Her formal judgment with written reasons for the decision was delivered this week.

A number of factors complicated the situation. AO’s exact age was not known – it could be 78 or 87 – because it had never been registered in Nigeria. She had gone to the UK about 20 years ago to live with her extended family there. Further, she had a history of mental illness and during 2010 a court order declared it was in her best interests to live in a care home. Since then she continued to have contact with her family, however, and stayed over with them for four days every alternate weekend and for four full weeks a year.

Earlier this year she was diagnosed with terminal ovarian cancer, and her family then asked for a new court order discharging her from the care home, and allowing her to live with VE for the time she had left.

All the relevant authorities agreed that AO lacked capacity to decide where she should live. On March 20 she was discharged from the hospital where she had been receiving treatment for cancer, back to the care home. The court involved in the matter at that stage said that evidence should be heard as to AO’s wishes and the support that VE and her family could give their mother if she were to move to live with them. These matters were postponed to a further hearing but on that same day, because of the emerging COVID-19 pandemic, new guidelines prevented family members from visiting care homes ‘except in exceptional circumstances situation such as end of life.’

Because of those guidelines the family had not seen AO since she had returned to the care home. Judge Lieven heard that AO’s Nigerian origins were ‘a very important part of who she is’. She has a large number of children but only VE lived in the UK and AO had gone to the UK about 20 years ago to live with VE and VE’s children. ‘VE has nine adult children and many grandchildren (AO’s great grandchildren) and the evidence suggests that it is a large and close family,’ the judge wrote.

Visits by AO to her daughter’s family were occasions of great happiness, according to evidence given to the judge. She ‘has much enjoyed being with her and the children and the grandchildren. VE speaks about AO enjoying dancing and Nigerian music and having African food. Food is something of an issue because at (the care home) she can generally only have English food and she is currently not eating very much. She enjoyed telling stories and jokes about Nigeria. AO was also in an environment where she could speak her native languages, Hausa/Yoruba.’

Judge Lieven concluded, ‘I have no doubt that AO is happy and content with VE and her family and it is highly likely that if she was in a position to express a choice she would want to live with them.’ Further, conditions at VE’s home would allow AO to stay with comfort.

At the care home, none of the residents were being tested for COVID-19 and any who showed symptoms were cared for in isolation. The home was in lockdown with no outside visitors. At the second hearing, the judge was told that if AO was moved to her daughter’s home, the authorities would ensure the right equipment was available along with any ‘basic nursing’ that she might need at VE’s home. A hospice would be able to provide end of life care to her, and the local district nurse service was ‘familiar with and sensitive to’ issues including cultural beliefs and privacy.

‘Dying with their family’

If a state were to prevent someone from dying with their family, it would require a ‘particularly high degree of justification’, said the judge. ‘In this case the central question concerns whether it is in AO’s best interests, as a person without capacity, to be allowed to leave (the care home) to go to her family to die.’

Issuing an order at the end of the second hearing, the judge said it was in AO’s best interests to be moved to live with VE immediately. ‘I start with the basic proposition that most people would strongly wish to die with their family around them.’ If AO had had to stay on in the care home then, because of the COVID-19 guidelines, ‘the most contact that she would be likely to have would be one short visit from one family member at or around the time of her death.’

She had clearly enjoyed connecting with her family and her African heritage at VE’s home, said Judge Lieven, and if AO had been able to express her wishes, it would surely have been to stay with her family.

As to the question of whether AO should stay on at the care home to reduce the risk of contracting COVID-19, it was a risk that was not possible to quantify. Nor was it possible to know if AO might spread the disease to her family if she moved to stay with them. However, ‘this risk was not raised as a factor for me to take into account.’

Judge Lieven then needed to consider whether, in allowing her family to collect AO from the care home, the court was ‘inadvertently allowing a breach of the regulations’ on COVID-19 and care homes.  The regulations prohibited anyone from leaving such a home ‘without a reasonable excuse’. In the view of the judge, for a family member to collect AO would be providing ‘assistance to a vulnerable person’, which was one of the factors constituting a ‘reasonable excuse’ under the COVID-19 regulations, and she therefore made the order that allowed AO to move on the evening of 20 April.