Africa’s premier regional court, the African Court on Human and Peoples’ Rights, has found that Tanzania’s constitution is in breach of the African Charter and other international law. This is because it provides that no one may test the results of Tanzania’s presidential elections in court. Tanzanian advocate, Jebra Kambole, brought the litigation in the African Court saying his rights under the African Charter had been violated. Finding in favour of Kambole’s application, the court ordered that Tanzania amend its constitution to remove this violation. Tanzania was also given 12 months to submit a report on what had been done to implement the terms of the judgment, and was ordered to publish the court’s decision on the websites of the Judiciary, and of the Ministry for Constitutional and Legal Affairs. The judgment text is to remain on these websites for at least a year after publication. 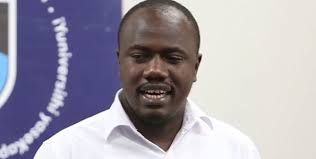 Disclaimer: The judgment of the African Court on Human and Peoples’ Rights in this matter was read out, online, by the court on Wednesday this week, one of three decisions delivered that day. The judgment delivered in this case has not yet been placed on the court’s website. The video link has also not yet been posted, even though the links for the other two judgments of that day have been placed on the court’s YouTube page. However, I taped, watched and listened to the delivery of the decision in this matter as it was being handed down.

The court had before it an application by Tanzanian advocate, Jebra Kambole, who is also a member of the Tanganyika Law Society. He claimed that his rights under the African Charter on Human and Peoples’ Rights were violated by Tanzania. This is because the constitution of Tanzania includes a provision that bars any court from inquiring into the election of a presidential candidate, once the electoral commission has declared a winner.

Among the several rights that he claimed were violated he included his right to non-discrimination, to equal protection of the law and the right to have his cause heard. Kambole also claimed that Tanzania had failed to honour its obligation to ‘recognise the rights, duties and freedoms’ of the African Charter, and to ‘take legislative and other measures’ to give effect to the Charter as it was required to do.

Dealing with some preliminary issues, the court noted that Tanzania had objected to the case being heard on the grounds that Kambole had not exhausted his domestic remedies. Kambole, however, countered by arguing that there ‘were no domestic judicial remedies available’ to deal with the allegations he was raising with the African Court.

The court rejected Tanzania’s claim on this point, saying a domestic remedy ‘with no prospects of success’ did not constitute an effective remedy under the Charter. As Kambole was challenging provisions that oust the jurisdiction of domestic courts, he did not have a remedy that he could exhaust before turning to the African Court.

Among its findings, the court agreed with Kambole that his rights to non-discrimination were infringed by the constitutional provision because other litigants could ask the courts to consider any allegation while those wanting to inquire into the election of a president were barred from going to court. They were thus treated differently from other litigants.

What order should the court grant the successful applicant in this case?

Tanzania was also ordered to report to the court within 12 months on what it had done to implement the judgment. Further, it was to report every six months after that until the court was satisfied that its judgment had been fully complied with.

In addition, because many people would be affected by the new judgment, the court ordered that Tanzania should publish the decision on the websites of the country’s judiciary and of the Ministry for Constitutional and Legal Affairs. The text must stay on these websites for at least a year after publication.

The court’s new decision is important even though Tanzania has already given formal notice of its withdrawal from essential aspects of the court’s work: it will no longer allow individuals to bring applications against it in the Africa Court. That notice takes effect later this year. But even then the new decision – and the others that Tanzania has refused to acknowledge or implement – will stand as reminders of the work that must be carried out if Tanzania is to be regarded as a properly democratic country under the rule of law. The fact that so essential an element as its own constitution has now been found grievously wanting will also be an embarrassment to the government in its claims for legitimacy.

* Links to the written text of the judgment and to the video online delivery of the decision will be added once the court makes these available.